Download and enjoy the Holiday 2022 edition of the MSB See Beyond Newsletter available in both PDF and Word (text only files). 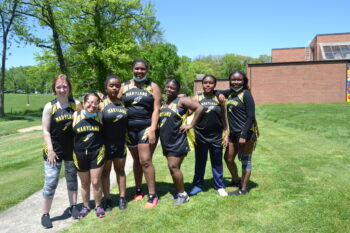 Marie Ijambo speaks with the eloquence of an adult, and at 17 years old, she already knows what she wants to do with her life. Her goal is to be a psychologist to help people, as others have done for her. Marie’s inspiration is  her school social worker, Ms. Paige, […]

Anderson Ayala-Pacheco is a popular high school student at the Maryland School for the Blind (MSB) and is loved by all who know him. He is also the center of his tight-knit family. His younger brother, Angel, looks up to him and he has a special bond with his twin brother Walter. He and Walter were born prematurely at 32 weeks. Walter was born with vision that could be corrected with glasses, but Anderson was completely blind. His parents, Walter and Yaneth, moved their family from El Salvador to the United States when the twins were 9 years old.

Both boys attended the same public elementary school, but Anderson needed more support than his school could provide. He wasn’t learning to use technology for communication and reading, which is essential for a blind student. The more complex the lessons got, the more difficult it became for Anderson’s teachers to communicate the concepts to him. His family was able to recognize the difference in progress between their two sons and where they were academically.

By middle school, Anderson was not keeping up in class. He fell far behind in math, and his teacher suggested he consider going to school at MSB. Anderson had been attending enrichment programs at MSB during the summers. The more his family talked with his IEP team and MSB staff, the more they began to understand what a great opportunity this was for him.

His family couldn’t imagine a way this could work because they lived so far away from MSB. When they said he would live on campus 5 days a week, his mother felt sad and thought, “how will I make it through every week without my sweet funny kid?” She felt like she was torn in two, but his excitement won her over; he wanted to be there and promised to learn everything he could. The family’s next worry was about finances. They were surprised and relieved to learn that ALL tuition, room, and board costs at MSB were covered for Anderson.

Anderson has learned so much from the teachers and staff at MSB. He’s become more independent by using Assistive Technology for schoolwork, and he even works in the school’s Rock & Roll Café, where he’s learning to use his charm and customer service skills. He loves to make money at his job and spend it as well!

MSB staff say they can always count on Anderson to put a smile on their faces and help others when they need it. The first time he was taught how to navigate a grocery store, he was so excited to be able to help his mother on weekends. She was happy to have an extra pair of hands to help with shopping, cooking, and cleaning the dishes. They often make one of Anderson’s favorite foods together, an El Salvadorian dish called Pupusas which is made from tortillas, cheese, and various vegetables.

Over the past 6 years, Anderson’s family has trusted MSB with his growth, development, and safety five days a week for ten months a year. They miss their son every day, but they can rest easy knowing that Anderson is learning vital skills, and watch his abilities and a positive attitude develop with each passing week. 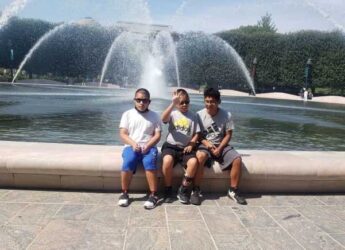 Hot off the presses!! Coming to your mailbox soon. Read all about the MSB Class of 2022 and our 1st annual See Beyond Festival. Happy Summer!

The Maryland School for the Blind (MSB) is offering several day and overnight camps for students who are blind or low-vision during the month of July.    The camp schedule kicks off with the TRECCK for Success program on the campus of MSB. This multifaceted adventure camp is designed to […] 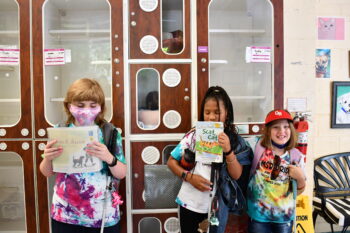 It was long overdue, but on April 30, The Maryland School for the Blind opened its gates to the community for the first time in over 15 years for the first ever See Beyond Festival. It was beautiful to see the fantastic turnout for this event. Students, staff, families, alumni, […]

We are pleased to share The Maryland School for the Blind’s 2021 Annual Report.  The year 2021 was another challenging one for our school community as we dealt with the uncertainty of the COVID-19 global pandemic.   In this report, we developed our annual timeline, which highlights key events that […]

MSB stands united with the citizens of Ukraine. MSB’s mission is to advance the independence, dignity, and human rights of people who are blind and have low vision, and we strive to expand upon our mission. Through our work, we move the world towards greater equality and human rights for […]

Take a look at our beautiful state-of-the-art accessible campus in this 360 Virtual Tour. For the past ten years, the MSB campus has been under construction, making improvements to the aging buildings on our 95 acre campus and improving the learning environments for our students and staff. For the past […] 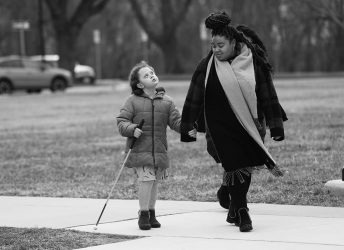 “She wasn’t making the milestones she needed to be making. Not even lifting her head. MSB has helped Sarah reach those milestones and helped us understand her.” When The Maryland School for the Blind (MSB) is engaged with a family from the earliest moment possible, it can make all the […]